The pan-India star of the entertainment industry, Prabhas, who became a household name post the monstrous success of Baahubali franchise, made his debut on Instagram around the release of Saaho. While the handsome hunk is not super active on social media, we see him posting latest updates about his upcoming biggies. While the actor is enjoying the fanbase of 6.5 million followers on the photo and video sharing site, he is following only 14 people and shockingly, the list doesn’t include his close friend and the actress with whom his dating rumours grabbed headlines. We are talking about Anushka Shetty. Also Read – Say what! Shah Rukh Khan to reunite with Sanjay Leela Bhansali for THIS film? 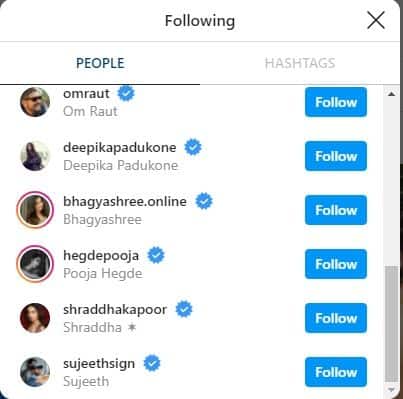 Also Read – Before Alia Bhatt, Tamannaah Bhatia, Kajal Aggarwal and others have wowed the audience in both Hindi and South cinema 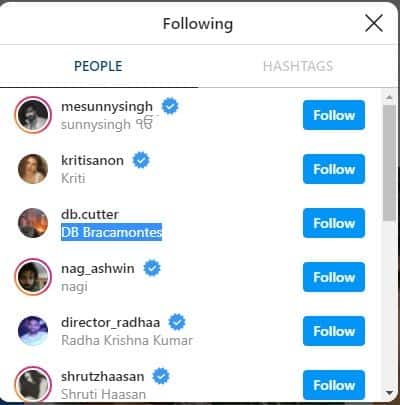 On the professional front, Prabhas will be next seen in Radhe Shyam. The period love story also stars Pooja Hegde, Sachin Khedekar, Murli Sharma, Bhagyashree, Kunaal Roy Kapur and Sasha Chhetri along with Sathyan and Priyadarshi in pivotal roles. The film is directed by Radha Krishna Kumar and is set to hit the screens on July 30 and will clash with Alia Bhatt‘s Gangubai Kathiawadi at the box office.

The actor recently kickstarted the shooting of Om Raut’s Adipurush, which also features Saif Ali Khan, Kriti Sanon and Sunny Singh in pivotal roles. The film is reportedly made on the budget of Rs 400 crore and will be released in multiple projects. Whle announcing Prabhas as the leading man, filmmaker Om Raut revealed the reason of casting him and said in a statement, “Ever since I watched Baahubali, I was impressed by Prabhas. He is so subtle that we can relate and feel the depth of his characters. Adipurush is my dream project and dreams of a director cannot be accomplished without a team. I have Prabhas to help me translate my vision on screen and our producer, Bhushan Kumar has been a pillar of strength and understanding with his unconditional support through this initial phase of our journey. It will be a great chance to work with both of them.”

Do you think the singing reality show has turned into a daily soap due to unnecessary drama? Vote now