Rishi Kapoor and Neetu Singh‘s love story was just iconic. They made a lovely couple both onscreen and off-screen. Their romance started around 1975 and bloomed over the years. Here’s looking at their relationship through these throwback pics. But before that, let’s warn you that they can make you super mushy. Also Read – Father’s Day 2020: Riddhima Kapoor Sahni’s father’s day wish for Rishi Kapoor will make you emotional

Rishi Kapoor was commitment-phobic and once told Neetu, “I’ll only date you, I’ll never get married to you.” Also Read – Riddhima Kapoor Sahni spills the beans on her fights with Ranbir Kapoor

Both of them worked together in several films like Khel Khel Mein, Kabhie Kabhie, Amar Akbar, Anthony, Doosra Aadmi and others. Also Read – RIP Rishi Kapoor: Riddhima Kapoor Sahni shares another memory; says, ‘We are Family’ 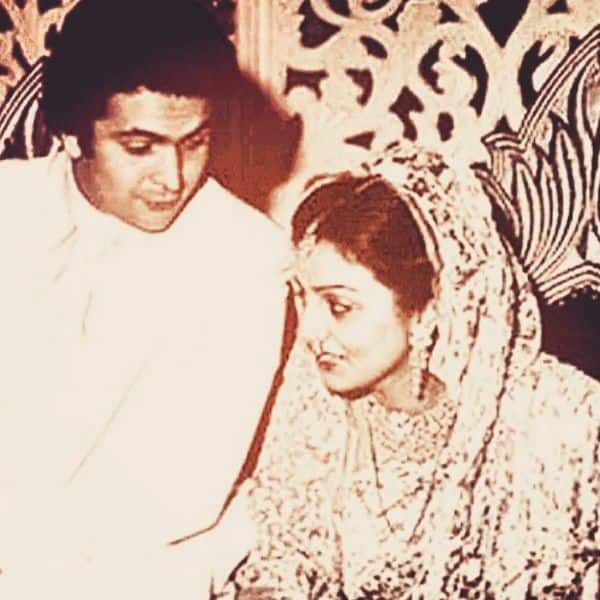 It is believed that Rishi Kapoor went to meet her parents while he had high fever. Both the families finally agreed for their marriage.

After their marriage, Neetu gave up on her career and started looking after the family. She said in an interview, “And then my husband told me to finish everything, so we could eventually start a family. It wasn’t that women couldn’t work (after marriage) but I was tired working for 15 years continuously. I wanted a simple life,” said the actress.

Their marriage wasn’t easy and had many ups and downs. Neetu once even filed a case of domestic violence against Rishi.

When Rishi Kapoor recently passed away, Neetu shared a heartfelt note on Instagram. “Wish me luck as you wave me goodbye
Cheerio, here I go on my way
With a cheer, not a tear, in your eye
Give me a smile, I can keep for a while
In my heart while I’m away,” she wrote.