Samantha Akkineni’s Oh! Baby was the remake of South Korean comedy Miss Granny and turned out to be a huge hit at the box office. 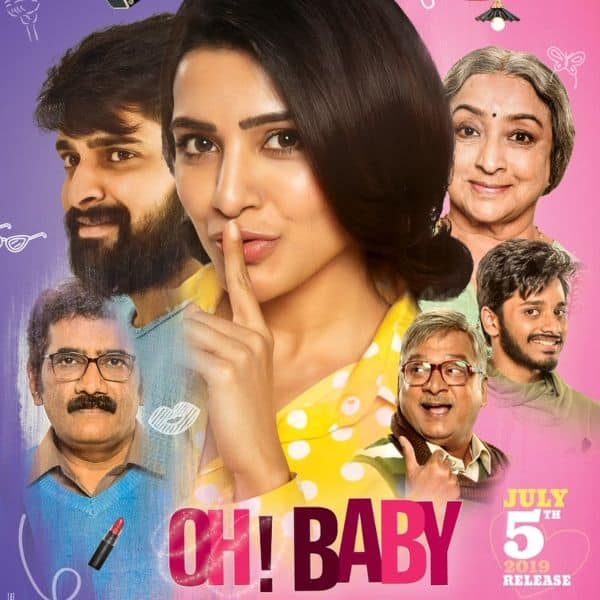 One of the popular south actresses, Samantha Akkineni is celebrating the first anniversary of her film Oh! Baby, which released on July 5, 2019. The gorgeous lady celebrated the 1 year of the film by writing an emotional note and revealed that even director Nandini Reddy unfriended her. Sharing the poster, she wrote, “Verified
Today last year I was a nervous mess … so I am going to be enjoying today like I should have July 5th 2019… sorry @nandureddyy that I kept sending you all the negative things people were saying about the movie ??? I am crazy like that ..” Also Read – Samantha Akkineni turns Spiderman with her new Yoga posture — view pics

She further wrote, “I am glad you unfriended me that day .. and friended me back again the next day ♥️ ?… #ohbaby is all heart and is the most proud I will be of a film .. Thankyou @nandureddyy @sureshproductions @gurufilms1 @rip_aparte @actorshaurya @peoplemediafactory ? Thankyou for making this film happen ❤️.” Samantha Akkineni’s Oh! Baby was the remake of South Korean comedy Miss Granny and turned out to be a huge hit at the box office. Also Read – Samantha Akkineni once again shows her flexibility as she posts a pic doing an upside-down aerial yoga

Samantha Akkineni has recently signed Kaathu Vaakula Rendu Kadhal which also has Vijay Sethupathi and Nayanthara in the lead roles. The film will be directed by Nayanthara’s boyfriend Vignesh Shivn. There are also reports that she has been approached by the legendary director Singeetham Srinivasa Rao to play the lead role in the biopic of popular Carnatic singer Nagarathnamma. For the unversed, Nagarathnamma lived during the pre-independence era and is also said to be a descendant of the famous devadasi community. Also Read – Samantha Akkineni BEATS Anushka Shetty and Rashmika Mandanna to become the most popular Tollywood female star