Bigg Boss 14: In the first Weekend Ka Vaar, Salman Khan will burst the bubble of many contestants. He will also tell them to talk in Hindi inside the house. 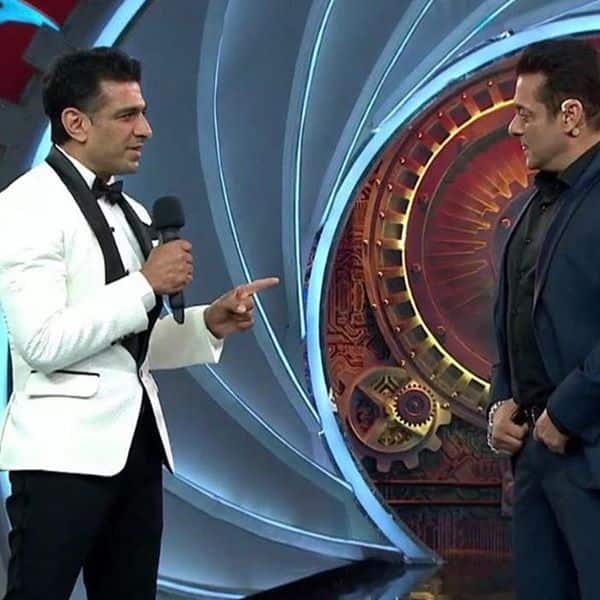 Bigg Boss 14 is going quite good so far. However, fans are not happy seeing the seniors inside the house. Tomorrow is the day when the new lot of contestants will have face Salman Khan for the first time. He will address a few issues. It looks like Salman Khan will school both the seniors and juniors. He will tell Abhinav Shukla to let Rubina Dilaik fight her own battles inside the house. It seems Salman Khan will also ask him why did he not let go of his immunity to save his wife, Rubina. Then, he will ask all the others if they are so confident of themselves that they let Abhinav have the immunity so easily. Also Read – Bigg Boss 14 Weekend Ka Vaar Preview: Salman Khan takes a dig at Abhinav Shukla; Eijaz Khan’s past gets exposed

There will be a small interaction with Sidharth Shukla as well. Salman Khan will address Rubina Dilaik’s concerns about the show. He will ask her if she is properly aware of the format. The TV diva will say that she is okay with all kinds of mental challenges but she was physically exhausted by sleeping outside the house for six days. She says she has been living in isolation. Salman Khan will give a stern warning to everyone to talk in Hindi inside the house. Also Read – Hindustani Bhau REVEALS his roadmap in Bollywood; says; ‘I’ve signed 5 songs, 2 web series and 2 movies’ [Exclusive]

Another thing will be Eijaz Khan’s conversation with Sidharth Shukla. It seems he will share how he has become kind of uncomfortable with the opposite sex. He will open up about a time when he was down and out. We guess he is referring to the allegations of sexual misconduct that were levelled on him by a former partner years ago. Salman Khan will talk about it. He will also ask him why he is so withdrawn in the game. Eijaz Khan apparently poured his heart out to Sidharth Shukla in one of their conversations. When the revelations happen, some housemates will be shell-shocked. Also Read – Bigg Boss 14: Rubina Dilaik-Abhinav Shukla grab attention on social media after a power-packed episode — read tweets

Mom-to-be Kareena Kapoor back to work, Abhishek Bachchan steps out after Covid-19 recovery