Paras Chhabra and Mahira Sharma get identical ‘Eye’ tattoos and we wonder if they’re making it official soon?

Mahira Sharma gets a tattoo done by Kamz in the presence of Paras Chhabra. Now both of them have the eye tattoo of Bigg Boss 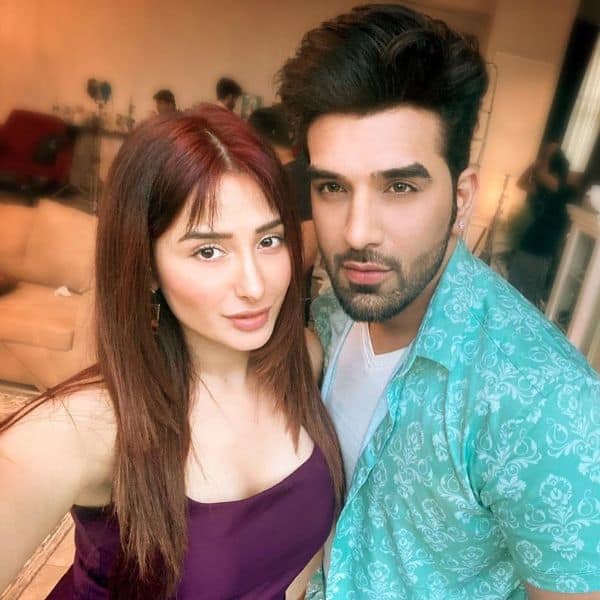 One of the reasons why Bigg Boss 13 was such a huge success was the presence of jodis. The duo of Paras Chhabra and Mahira Sharma won our hearts with their unflinching loyalty for one another. They got christened as #PaHira by their fans. After they came out of the house, they did a couple of songs together. One of them was Sonu Kakkar’s Baarish while the other was Love Soneyea with the Meet Bros. Right now, Mahira Sharma and Paras Chhabra are in Chandigarh for the shoot of a music video. He brought in his birthday with her in Chandigarh where they were shooting. Also Read – Kurta Pajama song: Sidharth Shukla’s reaction to good friend Shehnaaz Gill’s track will make you ROFL

Paras Chhabra has altered the tattoo of Aakanksha Puri and replaced it with the eye of Bigg Boss. The two have been spending a lot of time together in Chandigarh. Mahira Sharma has also got a tattoo done now and it is same as the one that Paras has. The two have said that they are great friends but is this a step closer towards making their relationship official. Also Read – Koena Mitra files complaint against fake account sharing adult content in her name

The tattoo was made by Kamz and even Paras Chhabra had gone with Mahira Sharma to the studio where it was made. When asked about entering into a relationship with Mahira, Paras Chhabra said that he would like everything to happen organically. When Mahira Sharma was inside the house, her mom told us, “It is dosti wala pyaar. He has been really good with her. I admire their friendship. Paras has looked after her throughout.” She is also very fond of him. We have to see when #PaHira makes it official. Also Read – Ananya Panday’s ‘Maine bhi struggle kiya hai’, Sara Ali Khan’s ‘Tum mujhe tang karne lage ho’ — 11 memes that made first half of 2020 a bit lighter

Putting on makeup today was an awesome feel — watch video