Smriti Irani has remembered anecdotes from Kyunki Saas Bhi Kabhi Bahu Thi as the show completed 20 years. She wrote how the director was unsure about her talent. 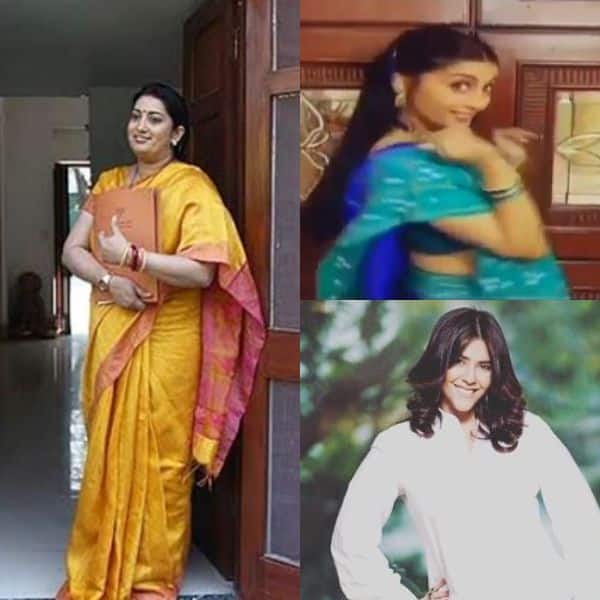 Kyunki Saas Bhi Kabhi Bahu Thi was one of the soaps that literally brought India to a standstill. Everyone would stop whatever one was doing to stay tuned to the happenings of the Virani family. On June 3, the show completed 20 years. Ekta Kapoor took to social media to thank everyone who was a part of the show and made it a brand. Smriti Irani, who is still adored as the righteous, humble and respectful Tulsi who always put family first. Now, Smriti Irani got all nostalgic and shared a video from the show. In a long post, she also revealed some secrets, which might leave fans surprised. Also Read – Ishqbaaaz actor Nakuul Mehta gives Smriti Irani’s Kyunki Saas Bhi Kabhi Bahu Thi title song a new twist

Kyunki Saas Bhi Kabhi Bahu Thi changed Smriti Irani’s life. It had a run of eight years of Star Plus. The show made Balaji Telefilms a brand name. On the occasion of the show’s 20th anniversary, many actors came forward to share anecdotes about the shoot. Smriti Irani said that she was too nervous as a newcomer and said the director felt she lacked the talent. In the note, Irani writes she asked Ekta Kapoor if she could do the scenes as she deemed fit instead of constantly being told how to emote by the director. Also Read – Ekta Kapoor and Smriti Irani get emotional as Kyunki Saas Bhi Kabhi Bahu Thi completes 20 years — view post

Ekta Kapoor wrote on social media, “20 years to Kyunki… A show that changed my life. Back then it was touted as India’s ‘soft ambassador’, owing to its popularity and reach across the globe. Thank you to the network for giving us a chance at that time. I remember reading about how when the Gujarat earthquake happened, ppl put their TV sets out and watched Kyunki. There hasn’t been a more humbling moment for me.” Smriti Irani is now a successful politician serving in PM Narendra Modi’s cabinet.

Also Read – Ronit Roy pens the most adorable birthday wish for his daughter; says, ‘Cannot express how much I love you’Stay tuned to BollywoodLife for the latest scoops and updates from Bollywood, Hollywood, South, TV and Web-Series.
Click to join us on Facebook, Twitter, Helo and Instagram.