The CBSE 12th board exam results are in, and guess what, one of our TV stars had not only sat for the exams, but has also secured top marks. We’re talking about Jhansi Ki Rani actress Anushka Sen, who has revealed that she has scored a high 89.4 percent on her CBSe 12th exams, leaving her, no doubt, over the moon with jubilation. Anushka took to her Instagram stories to share the happy news with her fans, writing: “Happy to inform you guys! I have scored 89.4% in my CBSE 12 board exam.” Check out hr post below: Also Read – SAB TV’s Baalveer completes 1,000 episodes and Twitter is going crazy 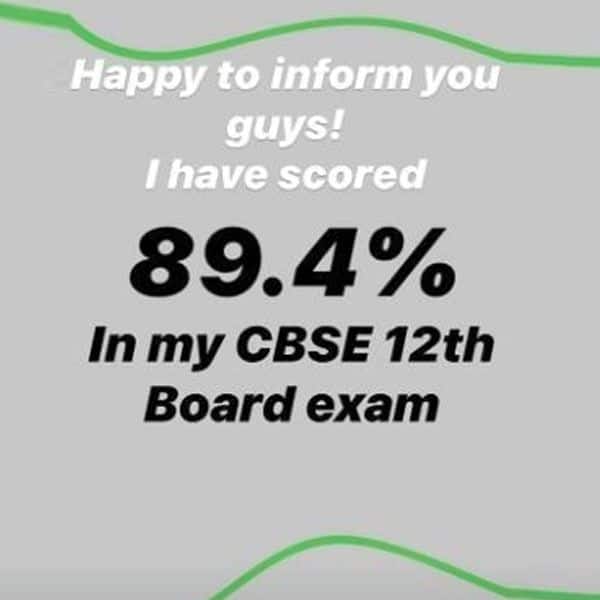 Opening up about her marks in an interview to India Forums, the Jhansi Ki Rani actress said, “I’m really pleased with my grades, I’ve shot 89.4%, this was least expected, to be honest, because all year round I have my card Jhansi Ki Rani turned and the travel for the shoots of my music videos and film had to as well. I would like to give the credit to my school, my teachers and especially my principal ma’am, who constantly motivated me to do my best and work hard. I’m so relieved now and am really looking forward to the continuation of my University.”

Anushka Sen is a commerce student from Ryan International School, and along with crediting her school teachers and principal for her impressive CBSE 12th board exam results, she added that she is now looking forward to attending her college phase. We must say that it’s mighty admirable how the actress balanced both her shooting commitments and taxing studies at such a young age, emerging on both fronts with flying colours. We wish her the very best for her future, whichever path she might choose to pursue.