Sushant Singh Rajput’s sudden demise has affected the whole country. His death has been a topic of discussion all across the country where fans have been demanding the police to thoroughly investigate the matter. They even have a trend on social media asking for CBI inquiry in the death of their dear star. Sushant’s demise has triggered a debate on nepotism, lobbying, camp-ism, group-ism and has put the star kids on the edge of the knife. Also Read – Karan Patel takes a dig at Kangana Ranaut’s nepotism tirade, asks, ‘Why didn’t she cast Sushant in her film?’

Sushant Singh Rajput did not belong to the industry but made it big solely on his acting abilities and his charm. The actor’s death has affected a lot of people, whether they knew him or not. Recently, actress Yuvika Chaudhary took to her social media handle and shared a status demanding justice for the Chhichhore actor. “#JusticeForSushantSinghRajput. Why did he die, how did he die? What is the actual reason? Don’t close the topic, we need proof. He needs justice then only he will be in peace,” she wrote in her Instagram stories. Have a look at the screenshot of the same here: Also Read – Trending Tunes: Sushant Singh Rajput’s Khairiyat is back on the chart 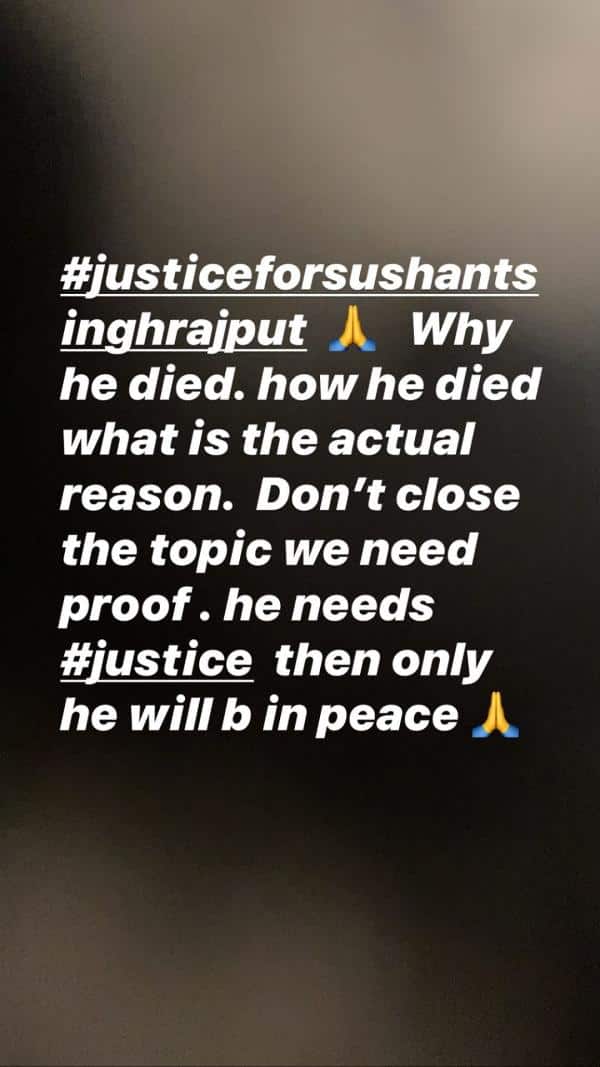 Meanwhile, a road and a roundabout here have been renamed in memory of late actor Sushant Singh Rajput, a resident of Bihar. The people of Purnea, Sushant’s home district, had been demanding the renaming of a road and chowk in memory of the actor. The municipal corporation has now changed the name of Ford Company Chowk to Sushant Singh Rajput Chowk. Savita Devi, the mayor of Purnea, inaugurated the newly renamed road and chowk, pictures of which have gone viral on social media.

Devi said that Sushant was a great artist and to name the road after him is a tribute to him. The mayor said that the road that goes from Madhubani to Mata Chowk will now be known as Sushant Singh Rajput Road. Not only this, the name of the roundabout of the famous car company has also been changed to Sushant Singh Rajput Chowk. People of the state, including some organisations, are demanding a CBI probe into the actor’s death.