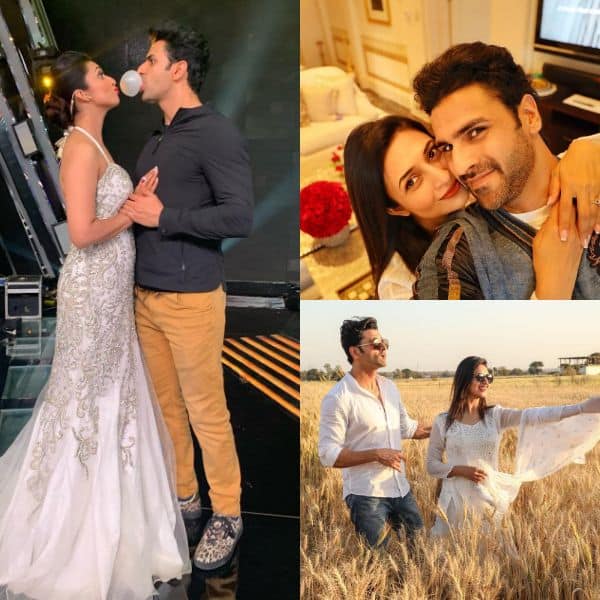 Everyone got a shock in the wee hours of January 8, 2016 when pictures of Divyanka Tripathi’s engagement with Vivek Dahiya went viral. While rumours of them dating had been doing the rounds since November 2015, the two had maintained that they were just good friends. #DiVek came out after the engagement saying that their courtship was more like what happens in arranged marriages. Both of them had taken efforts to keep it away from the public glare. They more than made up for it by giving us romantic pictures and some interviews where they gushed over each other. Vivek Dahiya had told Bollywood Life, “I think we are quite romantic in our own ways. The expression of love differs. Romance is not about the setting, it’s about communicating. When I look deep into her eyes, I see her heart, which is filled with love for me. That is our romance. At times, we just look at each other and keep staring.” Also Read – Vivek Dahiya bonding with his dog over video call is the best thing you’ll see today

They have been hitched for three years now and their romance has grown stronger. This time, they celebrated in Parisian Macao. Here is a look at 9 lovely pictures of the couple that will make you gush over their cute love… Also Read – Hina Khan, Shaheer Sheikh, Manish Raisinghan — here are the TV Instagrammers of the week

Divyanka is a happy woman as Vivek is back home on their anniversary. He had been admitted to a hospital for an intestine infection and liver abscess. On the work front, Divyanka will be seen with Rajeev Khandelwal in Ekta Kapoor’s web show while Vivek Dahiya was last seen on Qayamat Ki Raat. Stay tuned to Bollywood Life for more scoop and updates… Also Read – Unlock 1.0: Divyanka Tripathi Dahiya posts selfie as she visits her dentist wearing PPE