Sonam Kapoor is enjoying her phase under quarantine with husband Anand Ahuja, especially since this is the most time the couple have spent together given their hectic work schedules. And now, SWOnam Kapoor has shared how she and hubby Anand are indulging in productive activities during lockdown. Labelling the set of pictures depicting their homebound activities her ‘Work From Home’ time, the actress shared them on her Insta story, and the best part about the pics is how they show the husband and wife’s idea of working from home to be just normal things that all of us are doing while being isolated in our houses. Also Read – Sonam Kapoor travels to London from Mumbai amid a surge in coronavirus cases — what was the urgency?

Sonam Kapoor recently used her official Instagram handle for an interactive session between herself and her followers. Beside sharing how she and husband Anand Ahuja are approaching various productive actives under lockdown, she also shared a post that spoke about the concept of productivity and how it’s observed in modern times, which highlights how people in general these days are constantly grappling between the urge of doing nothing and a strong desire to make the most of their day, something Sonam herslef could relate to, proving that she’s just like all of us. Also Read – Sonam Kapoor and Anand Ahuja don’t see each other much despite being in the same house!

Additionally, the Neerja actress also shared how a few constant activities like a good meal, responding to work emails, staying in touch with family and friend, taking care of herself keep her busy and productive through the day in these unprecedented times while also posing the question to her fans and followers as to what productivity during COVID-19 means to them. Check out her post below: Also Read – Abhishek Bachchan OPENS up on his struggle to get directors and producers to launch him in Bollywood 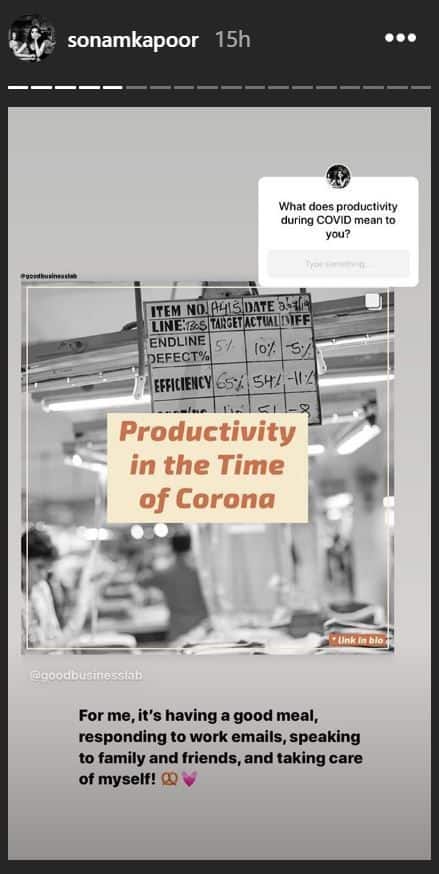 In another post, Sonam also shared her ‘Work From Home’ session, where she can be seen working on a laptop as Anand is working on his stuff in the background while listening to music. Check out her second post below: 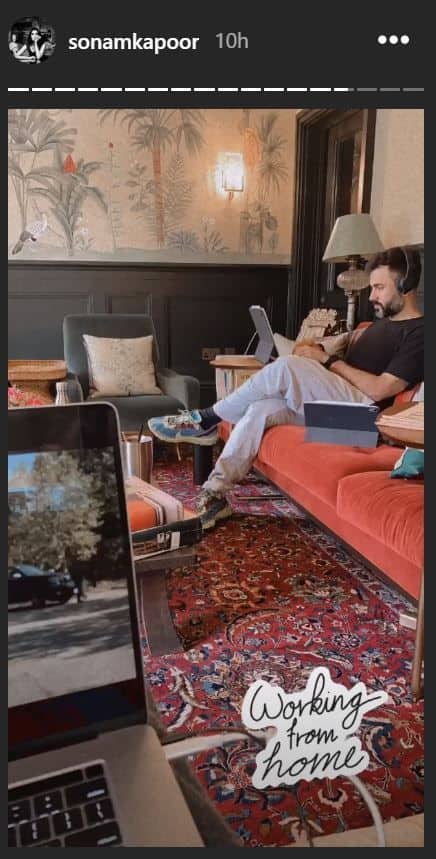 So, what’s keeping y’all productive during lockdown, partial or not? Tweet and let us know @bollywood_life

Amitabh Bachchan to keep fans updated on his health on his own?