Dil Bechara, starring late Sushant Singh Rajput and Sanjana Sanghi, will release directly on an OTT platform on 24th July 2020, but its access will be available to everyone, even those who aren’t subscribers of said OTT platform 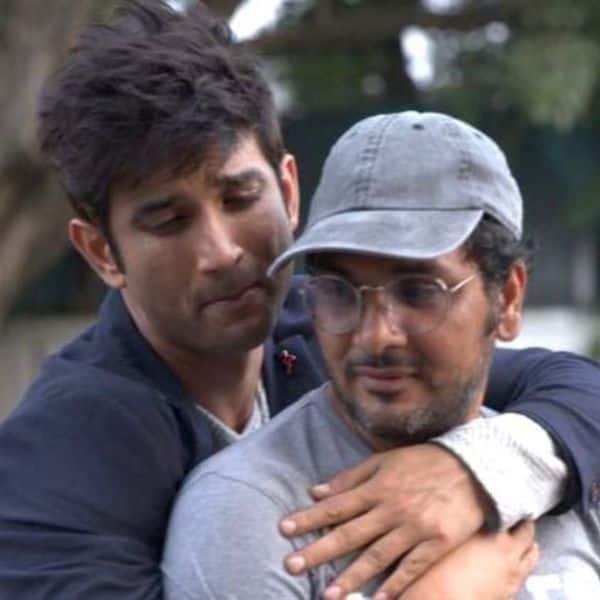 Exactly a month after his dear friend and lead actor of his directorial debut, Dil Bechara, passed away, Mukesh Chhabra took to his official Instagram handle to share a bunch of throwback BTS pictures with Sushant Singh Rajput from the sets of the film, and emotionally captioned his post: “एक महीना हो गया है आज ‘अब तो कभी फ़ोन भी नहीं आएगा तेरा’ (It has been a month today. Now, will never get a call from you ever)”. Check it out below: Also Read – Dil Bechara: When Sushant Singh Rajput and Sanajana Sanghi turned into Jai-Veeru with their sidecar bike

Opening up about his friendship with Sushant Singh Rajput, the filmmaker and casting director added, “We actually used to always be other’s stress buster. Whenever we used to get an opportunity we used to dance and sing on set. Once I knew that I was making my first film, apart from a great actor I needed someone who would understand me, as a friend, someone who was close to me, someone who would stand by me no matter what during this entire journey. I remember long ago Sushant had promised me that whenever I make my first film, he would star in it as the lead and he kept his promise. So when I approached him for Dil Bechara, he immediately said yes, without even reading the script. We always had this strong emotional connection. He used to always help me improve the scene. He used to read with me and if at any point he felt that creatively the scene could be improved he used to always let me know. We used to sit together and discuss at length.” Also Read – Dil Bechara: ‘The film has heart and memories of Sushant Singh Rajput,’ says composer AR Rahman

Also Read – Farah Khan on choreographing Sushant Singh in his last film Dil Bechara: All I can see is how alive and happy he looks in itStay tuned to BollywoodLife for the latest scoops and updates from Bollywood, Hollywood, South, TV and Web-Series.
Click to join us on Facebook, Twitter, Helo and Instagram.