Bigg Boss 13 contestant Paras Chhabra is happy that Akansha Puri’s chats have been revealed which prove that she had not bought but borrowed the shoes she gifted Paras. 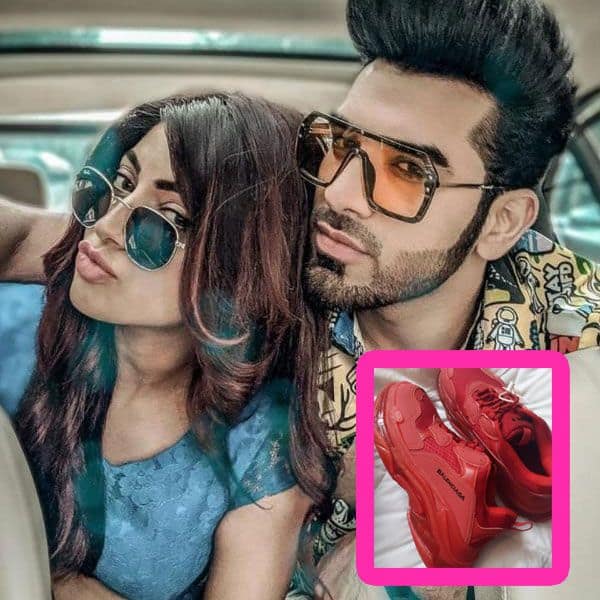 Bigg Boss 13 has ended but the controversies surrounding it are still doing rounds. Paras Chhabra had an ugly break up with Akanksha Puri while he was inside the house. They also had a lot of fights during Bigg Boss 13 and post the show ended. Paras Chhabra had blamed Akanksha for maligning his image by showing that she was taking care of all his necessities while he was in the house which included his shoes and outfits. Paras Chhabra had destroyed his very expensive shoes in the house for Shehnaaz Gill and later had received a new pair of the same brand of shoes again. Reports said that it was Akanksha Puri had sent him those. Akansha had also announced about the same on Instagram and wrote, “For all u fans who had that ” Awwwwww” moment when he sacrificed his yellow shoes.Finally another one is here on behalf of all those who have supported him in thick n thins in #bigbosss13.Happy new year #paras !!This time it’s red hope you like it as much as yellow.” However, it was Paras who kept saying that she has not sent him those. They also had a fight overpayment of dues for Paras’ stylist. Also Read – Hashtag Love Soniyea song: Paras Chhabra and Mahira Sharma’s chemistry again come up trumps

A stylist named Tasha accused Paras of not paying her for the services they provided during the show in terms of his styling and clothes. Akanksha used to pay while they were together but she stopped it post their breakup. Paras later paid all the dues and also returned the money to Akanksha said the reports. Now, Paras Chhabra‘s fans have leaked Akanksha Puri’s chats with the shoe brand where is in discussion with a stylist to borrow a pair of shoes for him. An Instagram page has shared a screenshot of those chats. The caption read, “Chats Screen gets out ! Was it well planned ro malgin @parasvchhabrra ???” Paras Chhabra was asked about the same in a chat with Spotboye. He said,” There were times I was maligned and kept saying it’s untrue, finally the truth has come out .” Also Read – Paras Chhabra and Mahira Sharma record a song Hashtag Love from their homes

Bigg Boss 13 does not seem to end soon. Also Read – Mahira Sharma opens up on her relationship with Paras Chhabra

Rana Daggubati on his decision to marry Miheeka Bajaj: It is chill, easy

Rekha to get tested for coronavirus after security tests positive