“I have never been fitter than I am today… stronger in mind, stronger in body,” Anil wrote along with the pictures, in which he is seen flexing his muscles. Also Read – #37YearsOfWoh7Din: Anil Kapoor goes down memory lane, shares priceless pictures

Recently, Anil shared that labels do not matter to him as he believes in his talent. 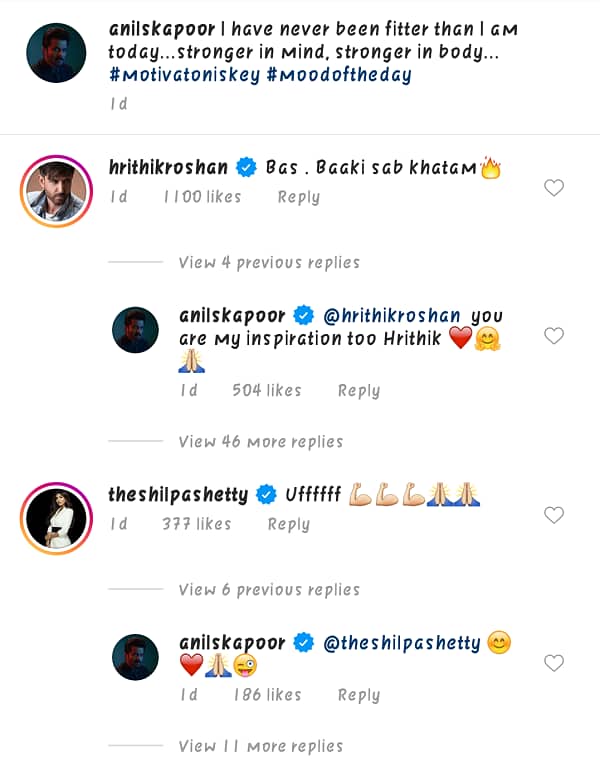 He spoke about this while going down memory lane, while remembering his first film as a solo hero, “Woh 7 Din”, which released 37 years ago on June 23, 1983.

“Got so involved in my work today as usual as I always look forward and not at the past .. but still, there are some milestones in your life you should not forget…#37YearsOfWoh7Din, 37 years of being a star actor, always been tradeable, accessible, working and making choices… good…bad…great…sometimes even if they might not have seemed right at the time but have always stood the test of time,” he wrote.

“Started as an actor, become a star…super star according to the trade….then a flop star…rose as a star again…international star…supporting actor….evergreen star and the list goes on… labels never really mattered to me nor did I ever take them seriously…”

“I have always been aware of my talent and caliber…just wanted to feed my love and hunger for work…37 years later it’s still the same and hopefully by the grace of almighty will continue to remain the same….”

“A Big Thank You to all my fans, filmmakers, co-actors & crews that I have worked with…. and of course my family for being my backbone….,” Anil Kapoor wrote on Instagram.

On the work front, Anil Kapoor will next be seen in Anees Bazmee’s “Bhool Bhulaiyaa 2”, starring Kartik Aaryan, Kiara Advani and Tabu. The film is a follow-up to Priyadarshan’s 2007 horror comedy “Bhool Bhulaiyaa” that starred Akshay Kumar and Vidya Balan.

After Amitabh and Abhishek Bachchan, Aishwarya Rai and daughter Aaradhya admitted to the hospital for fever