Rhea Chakraborty has remained quiet post the tragic demise of Sushant Singh Rajput. While the actress got many messages from fans on social media, where fans are consoling her, the gorgeous lady recently updated her WhatsApp DP, which is a cute selfie with SSR. Looking at the picture, it seems the image was captured in a flight. As per entertainment portal, Peeping Moon, Rhea Chakraborty said that Sushant Singh Rajput’s former Bandra home was haunted. “That’s what I felt and even Sushant was disturbed while we were staying there,” she told the cops. She said she did not leave of her own accord. The portal quoted her as saying, “I did not leave the house on my own. I wanted to give him space to think for himself.” Also Read – After Sushant Singh Rajput and Irrfan Khan, Instagram memorialises Chiranjeevi Sarja’s profile 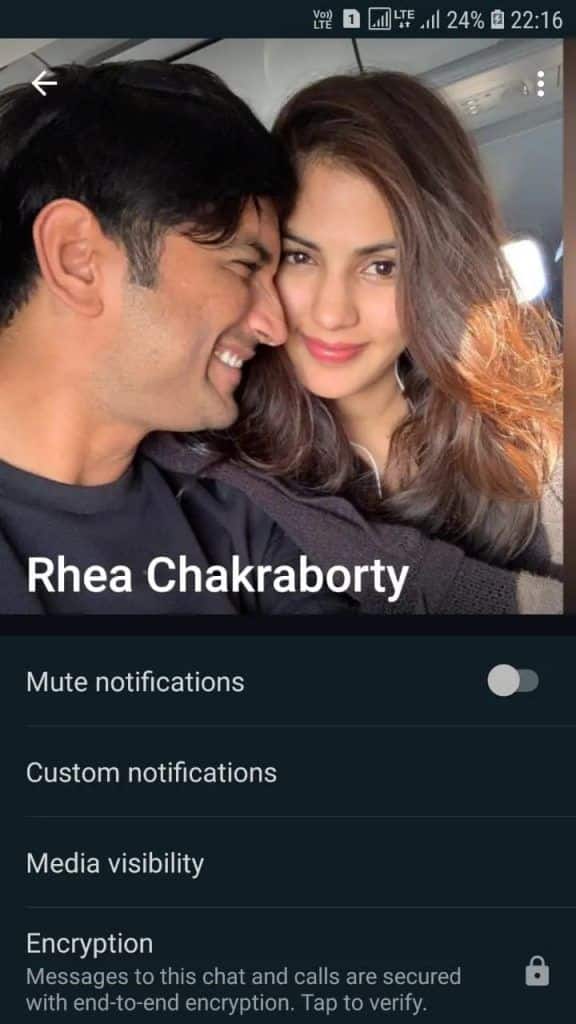 Sushant Singh Rajput’s last film Dil Bechara will stream from July 24 on Disney Hotstar. Sushant‘s costar Sanjana Sanghi shared the news with an emotional post, which reads, “A story of love, of hope, and of endless memories. Celebrating our dearest, and the late #SushantSinghRajput ‘s legacy that will be etched in the minds of all and cherished forever.” It further reads, “#DilBechara is going to be coming to everyone on @DisneyPlusHotstar on July 24. For the love of Sushant and his love for cinema, the movie will be available to all subscribers and non-subscribers.”

The actress earlier shared an emotional video, where she said, “The fact that you get to spend the rest of your time by your mother’s side, I know you gives the only happiness you wanted in the world. John Green wrote this, in our beloved book, The Fault In Our Stars, from my character to yours, but here is me, Sanjana, saying this to you, Sushant : #RIPSushantSinghRajput.” The film also features Saif Ali Khan in a special role.