Ira Khan, Aamir Khan’s daughter has moved out of her parental home to a new space. She shared some pictures on social media 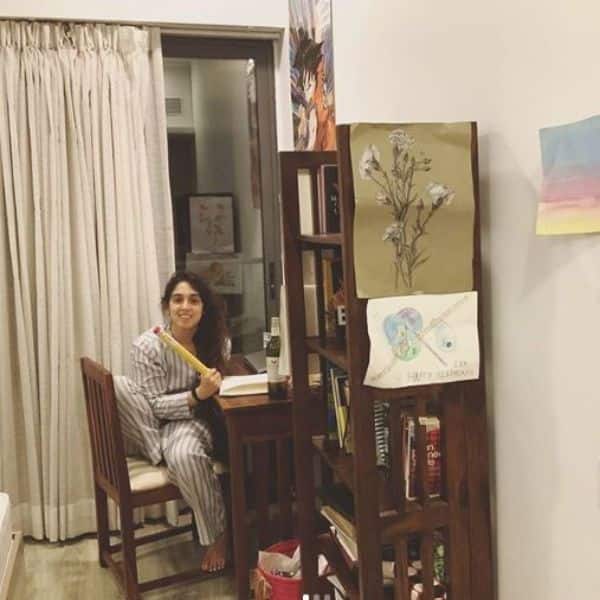 Aamir Khan’s daughter Ira Khan has moved to a new house. The star kid feels it is now time to “let the adulting begin”. Ira took to Instagram to share photos of her new home. In the photographs, Ira wears a sleeping suit and she can be seen sitting at a wooden study table with a bookshelf next to her. A poster of anime character Goku adorns the wall in front of her. “Look at my new home. #movingout #myspace #firsttime #newbeginnings #milestone #cantwait #lettheadultingbegin #manvshouse,” she captioned on Instagram. Also Read – Video of the week: When Aamir Khan interrupted daughter Ira’s workout online sesh

Meanwhile, Aamir Khan has recently announced on social media that some of his staff have tested COVID-19 positive. The actor, his mother and other family members were also tested but they have been found negative. Ira Khan is back from her studies in the US. The young lady has been actively doing theatre of late. It seems she wants to become a filmmaker. Aamir Khan will be seen next in Laal Singh Chaddha. Also Read – Aamir Khan crashing daughter Ira’s workout video is the cutest thing on the internet today